We got another land based mythical creature today known as the Tupilak. Although there are similar types of mystical creatures we are going to focus on the ones in the Arctic Circle regions.

Very similar to the Voodoo Doll, in a sense, the Tupilak is a small effigy formed from the remains of animals or humans. Sometimes these are dressed with hair, or cloth or even other body parts. They are designed to look like the native wildlife of the Arctic and some more resembled humans themselves.

The Inuit Tribes of the North were those most responsible for the little carvings. Their shaman or medicine man, known as angakuit, would be the ones to usually fashion these dolls. The problem is that not all angakuits made these dolls for good.

They were exactly what they were made of until the angakuit summoned them to life. Often a mystical chant or ceremony, perhaps even more explicit measures that involved sexual means.

The Tupilak would then be released, most often into the frozen waters of the Arctic and take the form of what they were fashioned into. These real-life forms would be the means of tending to the angakuit’s biddings. Of course this could be a good thing or a very horrible deadly thing. 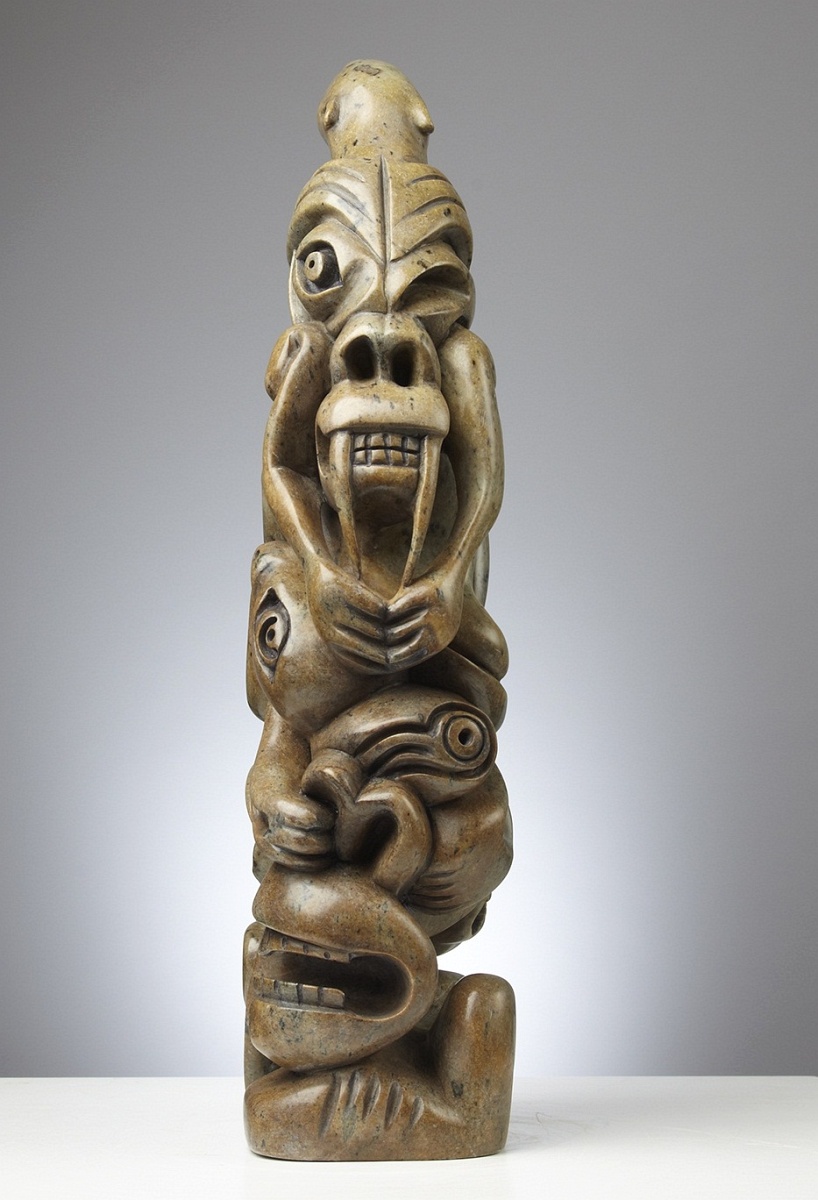 Like many mythical creatures there is a form of protection. The Tupilak could be counter attacked by using another Tupilak of your own and summoning it at the correct time. Usually the last minute in stories. Some protection rituals could also take place to provide you protection but some sources state that this would have to be against each effigy that was created and sent upon you. But of course, you might want some on your side. So how do you know? Wait till the last minute? Fortune or Death is a huge wager with little wiggle room in between.

The fear of the Tupilak was enough to keep many minding their best around the angakuits but nowadays they are carved up mainly as souvenirs to those visiting the areas. Of course it doesn’t mean that they can’t be summoned. Or perhaps who would have to create one in able to control it. 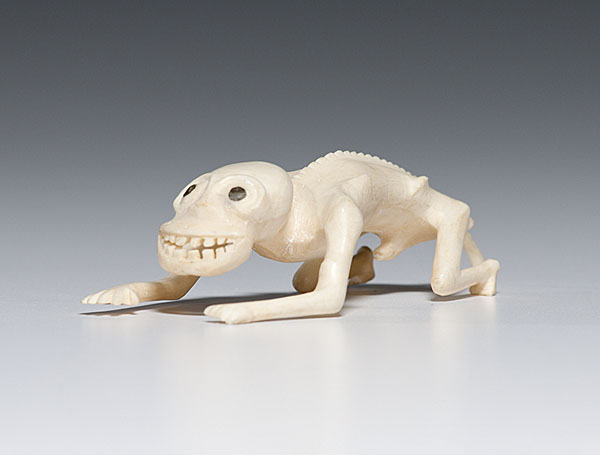 Small carvings of northern animals or humans, or even a combination. Usually very small, a couple centimeters. Decorated with body parts (common) and the remains of an animal or human. Often the hair. Can sometimes have clothing. No real life-span, can be summoned and suspended in life after their work is complete. Although once summoned and if not completed with its mission or withdrawn by the creator their energy can last years. Can be warded off with protection rituals and also by using a counter-Tupilak.

One Response to Mythical Creatures: Tupilak