This week’s blog is a little different as we discuss the Basilisk & Cockatrice. Although the Basilisk is bound to slither on the Earth’s surface the Cockatrice, however, has the ability to fly.

Many of us are familiar with the Basilisk from the Harry Potter series but that particular Basilisk was much different than the more historical myth of the Basilisk. To start that one was huge. Slithered through large caverns like a serpent-like dragon. The mythical creature itself, according to Pliny the Elder, was merely a foot long.

It was, of course, a small slithering, and reptilian creature. Very much resembling a snake with a white spot on its head. But it didn’t need to strike to inflict damage. Looking at the Basilisk alone was immediate death. It could burn through grass while it slithered around. It could smash rocks apart just by being in their presence or by its will. There would be no hiding. Unless you had a den of weasels handy.

Pliny believed and stated that a den of weasels were the doomsday weapon of the Basilisk. By throwing the Basilisk into a den the creature would simple die from the odor that the den gave off. Over the years it was reinstated that the weasels themselves kill the Basilisk and live through the encounter. The older, odor, tale has a much more gruesome outcome for the weasel’s unfortunate enough to be in the den at the time.

The Cockatrice was a creature that much like the Basilisk, could kill simply its presence. A mere glimpse of the rooster-like serpent bird would kill you or render you immobile. Also referred to as a Basilock, but more commonly Cockatrice, it was a normal size rooster-like bird with a serpent’s tail. It had large wings and is reported to fly although was more land bound. Instead of a straight death the myths talk more of fire that consumes the victims of its gaze.

Legend has it that it was a basilisk born from the egg of a Rooster. One states that the egg had to be hatched by a toad. Interesting how the stories adjust for the different types of mythical creatures sightings over the years. 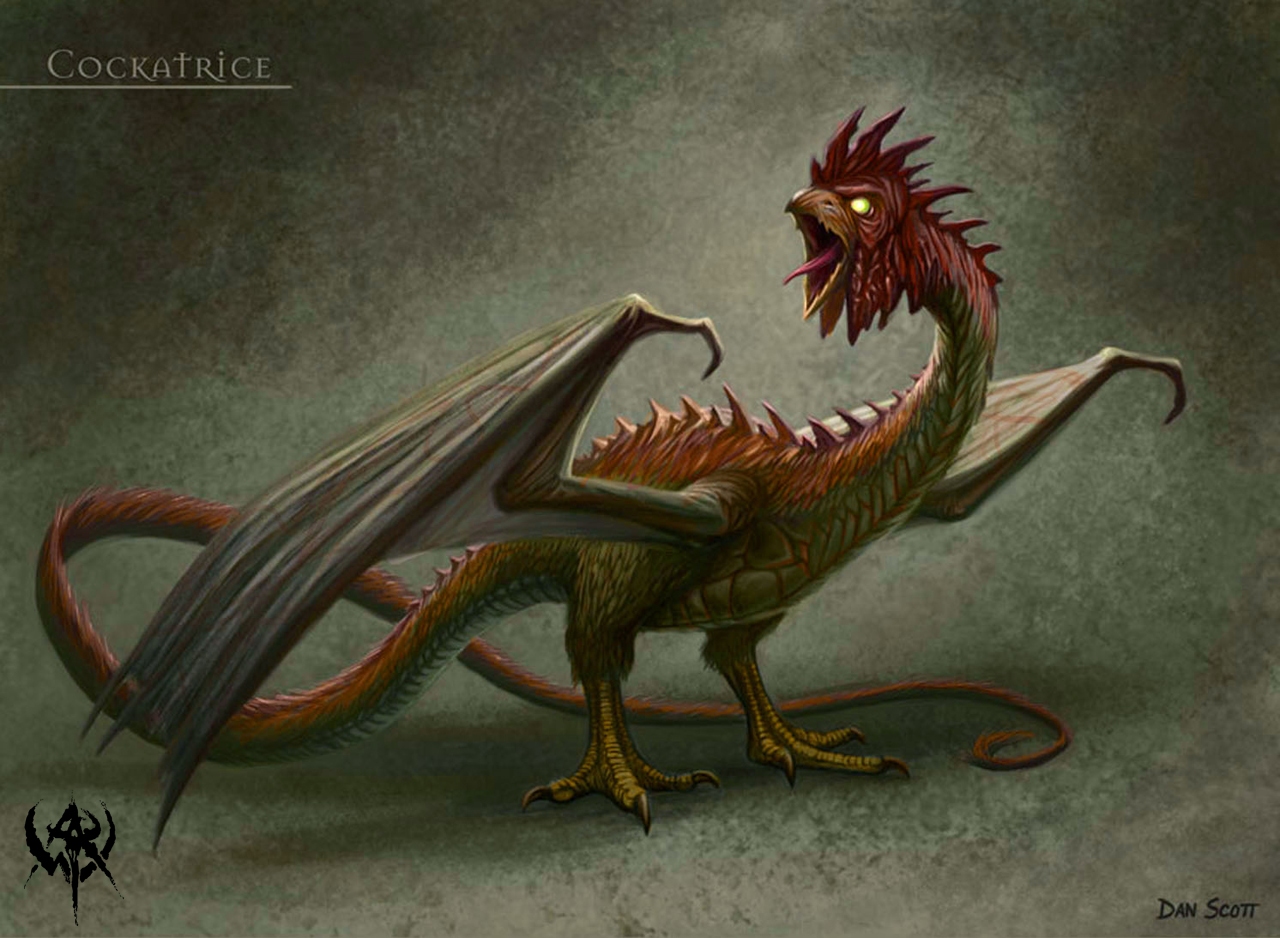 Why the Basilisk & Cockatrice Together:

They both come from the same legends and myths. They share similar descriptions and magical powers. The tales of the Cockatrice have slowly replaced more of the older tales of the Basilisk. Some believed in the Cockatrice so strongly that it even made it into certain editions of the Bible.

Many believe that Pliny’s tales and methods of disposing the Basilisk were from King Cobras and Mongooses he witnessed on travels. Yet how did a glimpse at it or from it kill a person. Perhaps exaggeration. Perhaps an extinct creature, perhaps a mythical creature. 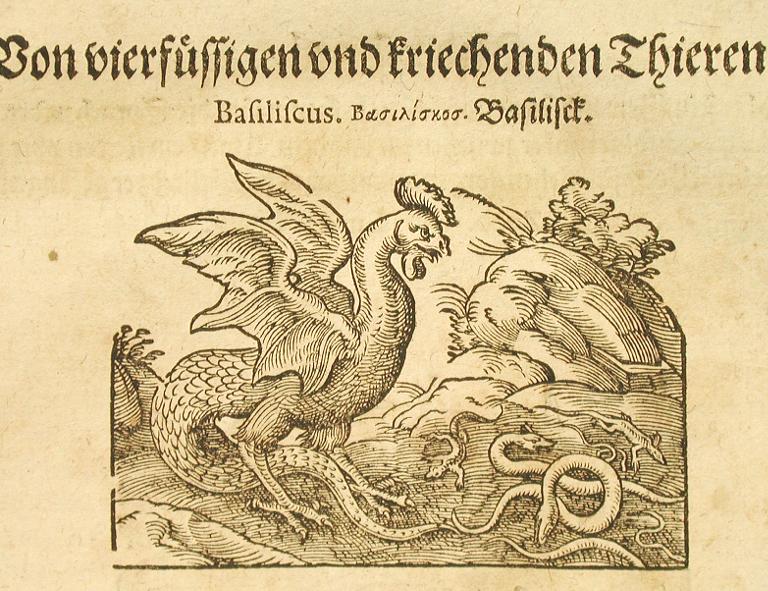 Basilisk: Typically less than a foot long serpent-like creature with a white spot or other significant color spot on the head. No exact life-span or determined. Weakness is weasels or their dens. However different versions of the Basilisk exist, depends on where the myth comes from.

Cockatrice: About the size of the average rooster. Rooster like upper body and head, with serpent tail and large thin wings. Capable of flight but more prone to be on land like a rooster. No known weakness, but weasels or their dens might be a good start. Unknown life-span.